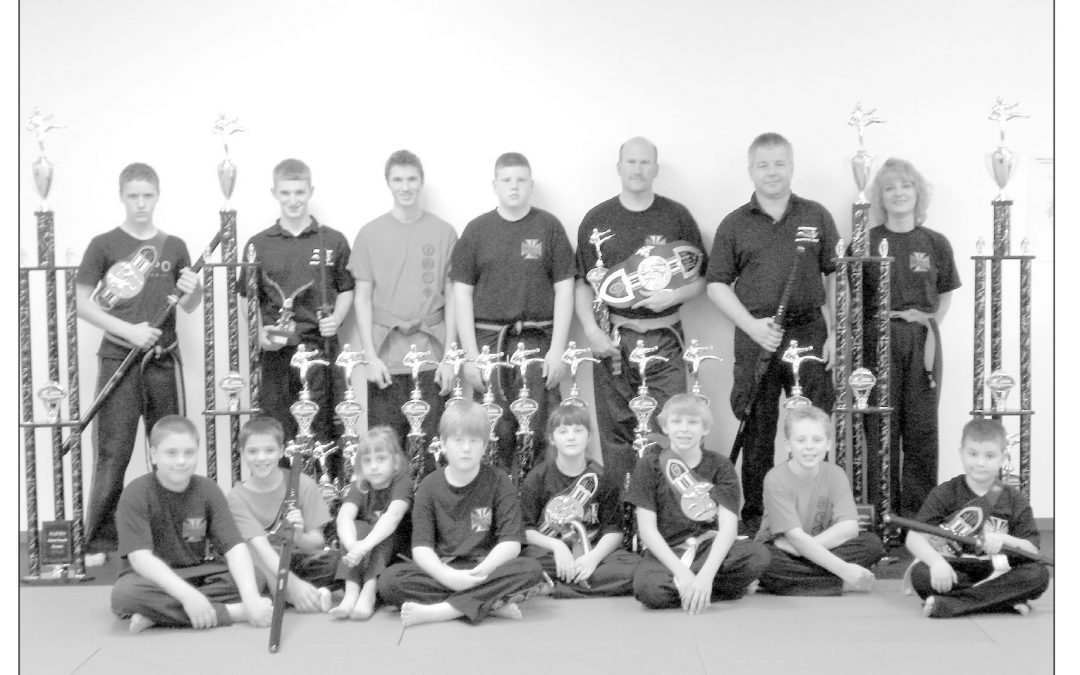 by BREANN HOWELL Editor
Students of Horizon Martial Arts in West Seneca took home 25 titles from the North American Federation of Martial Arts National Championships held May 25-27 in Philadelphia. After competing in a New York State qualifying tournament this past October, 20 students from Horizon were selected to go to the national championships, according to Tim Hartman, the owner of the martial arts school. “We had 20 competing from our school,” he said. “The youngest was 6, and the oldest was 54.” Prior to the championship, Horizon held fund-raisers that earned $3,600 to help cover the cost of competition fees and travel expenses. Hartman explained that there were four basic divisions at the championship — beginner, intermediate, advanced and black belt. Competitors were then divided by age and sometimes by gender. “It was our first time going to nationals, and we were the most supported group,” Hartman said. “We were one of the most winning groups.” The head instructor attributes his team’s success to good morale and diligent training. “It comes back to training, but they (the students) have to do their homework,” he said. “It’s a partnership.” All of the 20 students who competed in nationals placed first, second or third in their divisions. Scott Caffrey, Hartman, Ryan Monolopolus, Zachary Patti, Alexander Watson and Justin Williams took first place in their divisions at hand form arnis, a system of Filipino martial arts.
Caffrey, Hartman,Monolopolus, Watson, Williamsand Dennis Jenner placed first in their division at weapon forms arnis. Patrick Miller, Michael Giaccotto, Nicholas Hawley, Sarah Trezpkowski, and Watson placed first in their divisions at weapon sparring. Rianna Correll, Michael McDonough Sr., Monolopolous and Williams won first place in their divisions at hand sparring. Hartman, who began training at martial arts as a teenager, also runs an international martial arts organization called the World Modern Arnis Alliance. Horizon Martial Arts has been located at 252 Center Road for four years. For more information on Horizon, visit www.horizon ma.com or call 675-0899. 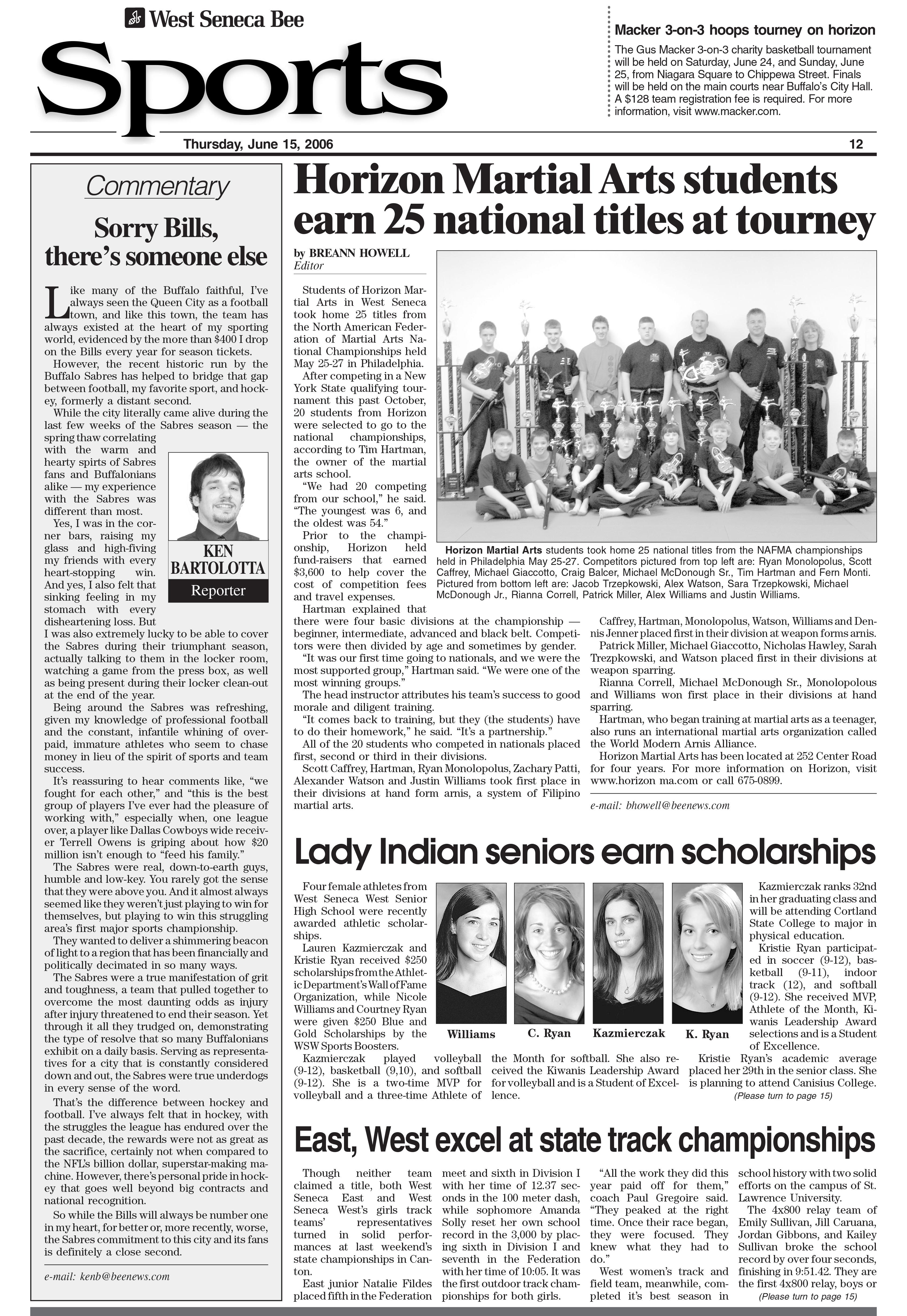